Regina Doherty TD, Minister for Employment Affairs and Social Protection, commended Fingal Leader Partnership’s Strategic Plan when she launched it at Swords County Hall on the 3rd November, saying “I want to commend the plan, it is one of the best plans that I have read in the last number of months.”

She pointed out that, although Fingal as a whole is doing well, there are still many people needing support: “Fingal is a county that can be said to have two faces. One is the second most affluent county in the country but there are still very large areas that are disadvantaged and with needs.”

The Minister spoke very positively about the Tús Programme, which FLP manages, placing over 200 unemployed people every year in work experience placements in community organisations. She said: “I don’t think that I ever met a Tús worker who doesn’t understand and appreciate the valuable service that they are actually providing to the communities that they represent.”

She further highlighted the value of the programme, not only in supporting unemployed people to gain new skills and experience, but also in supporting the community sector. “I know that we use certain programmes as part of labour activation, but I think that there has to be an element and serious acknowledgement of that a lot of our CE Schemes and most importantly all of our TUS Schemes that are employment activation provide real social services and social inclusion in communities where services are otherwise not provided by the State.”

The Minister also spoke strongly about the value of the Jobs Club, which FLP manages in Swords. She observed: “There are lots of reasons why people have been out of work for a while – and as human beings it is easy to get a dent in our elf-esteem and to become anxious and nervous. And the local Jobs Club gives support to people on a daily and a weekly basis, it addresses those issues, it rebuilds confidence and self-esteem.”

She also welcomed the announcement that FLP, together with Blanchardstown Area Partnership, are launching a new Computer Home Support Service for older people, remarking that “We are so technologically advanced that we need to keep pace with that and it is hard for older people to get access to that kind of technology.”

The Minister also spoke positively about the large migrant community in Fingal, which FLP is actively seeking to support: “We need to look after our new Irish population who are coming here for a good reason, because we are welcoming, because we have employment, because we have a beautiful country that they want to be part of and they are enriching our lives and our society, and I hope that we will enrich theirs.”

We were very pleased with the number of attendees and want to assure our clients that we will do our best to achieve our goals and we will try to support as many organisations/communities/businesses as possible.

For any inquiry do not hesitate to contact us: 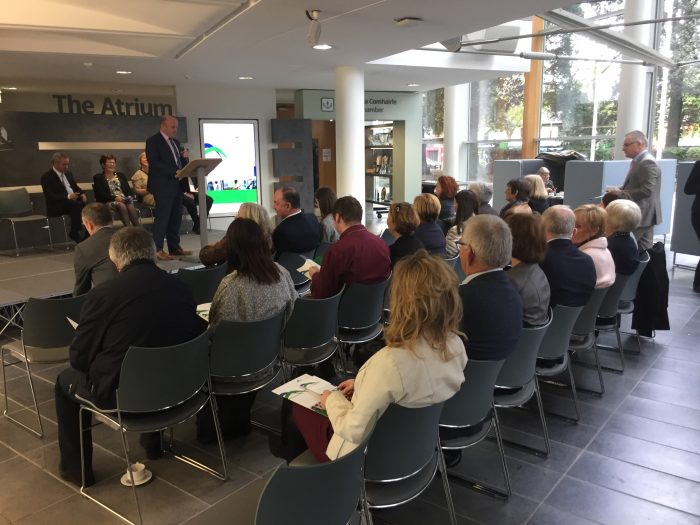 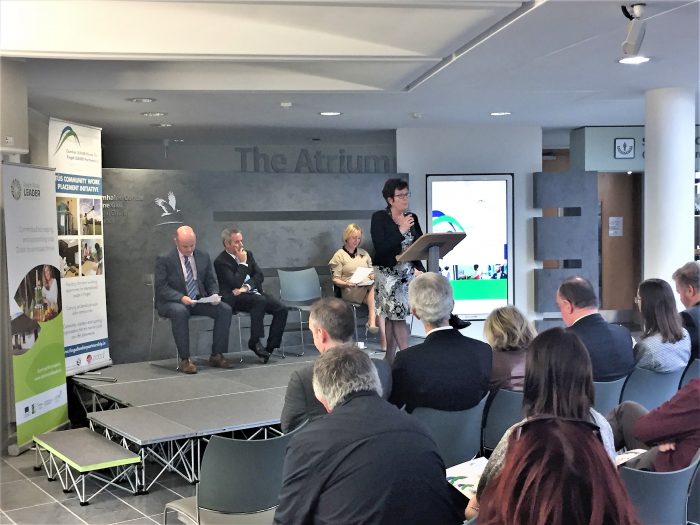 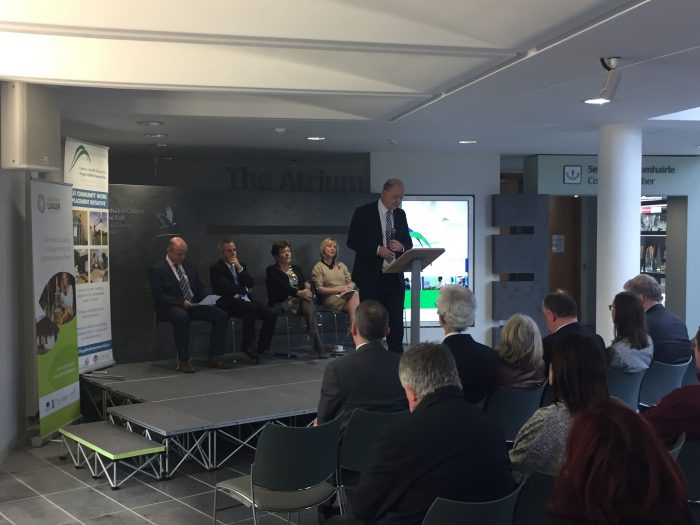 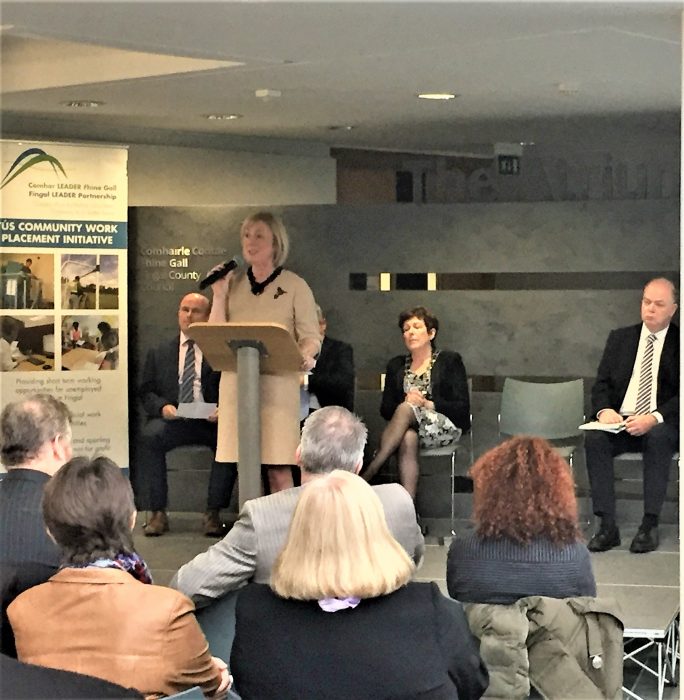 We are currently accepting Expression of Interests for:

Support Capital Investment for rural Enterprise assisting SME’s and Social Enterprise Companies to develop or expand in the interest of economic development and employment creation at local level.

What the community are saying

Dublin Rural Leader helped us access equipment funding to expand our production line. We are exporting to the USA and have our sights on China.
Keoghs CrispsWestpalstown, Oldtown
Dublin Rural Leader’s belief in our project and their assistance to access funding for equipment has enabled us to reach a higher end of the market.
Bridge Turf LawnsCourtlough, Balbriggan
Dublin Rural Leader guided us through the application process and enabled us to help students explore the Dublin Mountains while getting fit.
Ambles and RamblesSandyford, Dublin 18

Are you Christmas Shopping☃️☃️🎄🎄
SHOP LOCAL #ShopFingal
Fingal County Council has launched a major campaign to encourage residents of the county to do their Christmas shopping in Fingal in order to protect local businesses and local jobs. Whether shopping online or in person always think Local and Shop Local

The Minister for Social Protection has reassured PUP recipients that most will retain their entitlement to a Christmas bonus even if they return to work when public health restrictions are eased next ...
View on Facebook
·Share

An Garda Síochána throughout the Balbriggan District are organising an event on December 2nd called “Stepping out of Lockdown” in aid of Jigsaw, the mental health charity for young people.

Gardai are going to walk 380,160 steps over a 24 hour period. The reason this number was chosen is because it’s the amount of minutes we have been in lockdown since the 13th of March 2020 until the 2nd of December 2020!


The Gardai chose Jigsaw to raise funds for as they are aware that Balbriggan has one of the highest youth populations in the country and how tough this lockdown has been.

You can donate to this great cause by visiting:

Pandemic Unemployment Payment to be extended until March 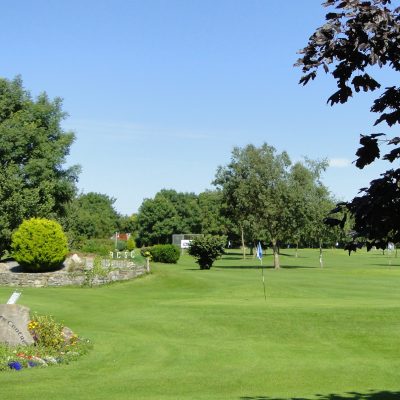 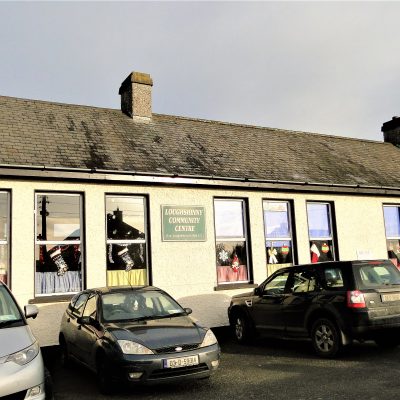 Loughshinny Community Association
We use cookies to ensure that we give you the best experience on our website. If you continue to use this site we will assume that you are happy with it.OkRead more